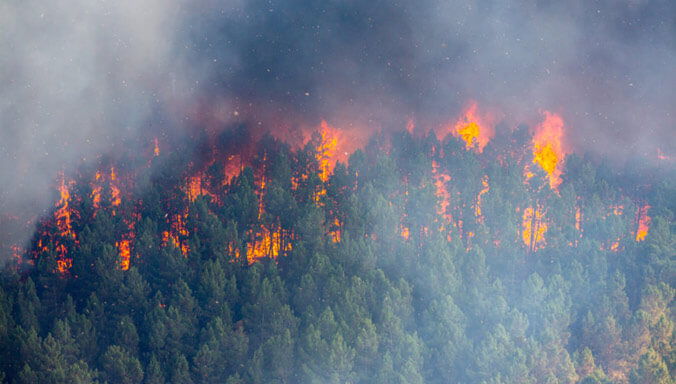 Persistent exposure to wildfire smoke may be putting Rogue Valley residents at higher risk of lung cancer and other respiratory diseases — especially firefighters who are on the front lines battling blazes, according to Dr. Siva Marri.

“The main long-term impact is when you’re exposed to smoke for a longer duration, that can put you at risk for having lung cancers and chronic lung problems,” said the local pulmonologist.

However, Marri said smoking is still a much bigger risk factor for lung cancer.

For the second summer in a row, the Rogue Valley was under a layer of smoke after a July 15 lightning storm sparked more than 145 fires in Southern Oregon.

People suffering the short-term impacts of smoke exposure experienced bronchitis and flare-ups of conditions like asthma and chronic obstructive pulmonary disease, he said.

Kids who experience flare-ups may suffer damage to their developing lungs, he said.

“The long-term impacts are limited when it comes to wildfires,” he said. “But if it happens quite often and you have constant exposure to smoke then, yes, there is a risk that people can have increased incidents of lung cancer.”

Marri said firefighters may face the most risk.

He noted some first-responders who breathed in smoke and fine particulate dust at the site of the World Trade Center terrorist attack Sept. 11, 2001, suffer from chronic lung issues.

Although working on a wildfire during the summer offers good pay and helps the community, the risks of the job may not be worth it for some, he cautioned.

“If you have asthma or any other chronic lung issue, I would advise them not to participate,” Marri said.

For the public, the best defense against wildfire smoke is to limit exposure through steps such as staying indoors when possible, wearing a mask when outdoors and driving with vehicle windows up and the air system on recirculate, he said.

Local residents, including those worried about exposure to smoke from wildfires or cigarettes, are invited to the Know Your Lungs event from 10 a.m. to 2 p.m. Wednesday, Nov. 14, at the Lucille Tremblay Conference Center, 840 Royal Ave., on the Providence hospital campus in Medford.

At the free event, Providence pulmonology and thoracic surgery doctors will listen to people’s lungs and provide information about lung cancer screening. Coffee and refreshments will be available.

Participants can either drop in or register at www.providence.org/classesor calling 503-574-6595. The website also has information about classes, counseling, prescription medication, nicotine replacement products and other resources to quit smoking.

In general, an annual low-dose computed tomography scan of the lungs is recommended for people ages 55 to 77 who have a history of smoking the equivalent of at least a pack of cigarettes per year for 30 years, are current smokers or who quit within the past 15 years, according to Centers for Medicare and Medicaid Services Guidelines.

U.S. Preventative Task Force guidelines call for screening of people in those categories up to age 80.

“We’re trying to educate people about the importance of screening and early detection of lung cancer because lung cancer has the highest mortality among all cancers,” Marri said. “So if detected early, we can make a meaningful impact. The majority of the lung cancers, by the time they’re diagnosed, they’re already in advanced stages.”

But if lung cancer is diagnosed and treated early, the chances of being alive five years after the diagnosis is 80 percent, he said.

Another benefit of a lung scan is the test can catch other abnormalities in the chest, such as an aneurysm — or bulge — in the aorta, he said.

Marri said smoking remains the number one cause of lung cancer because smokers are exposed to harmful substances every day, and usually for a long period of time. The longer someone has smoked, the higher their risk.

Warning signs of lung cancer include any change in a smoker’s chronic cough, a change in the voice, coughing up blood, persistent chest pain and unintentional weight loss, he said.

People who quit smoking experience a range of benefits, including improved breathing and a reduced risk of lung cancer compared to those who continue smoking, he noted.

This first article was posted in the Mail Tribune by Vickie Aldous
Wednesday, October 31st 2018 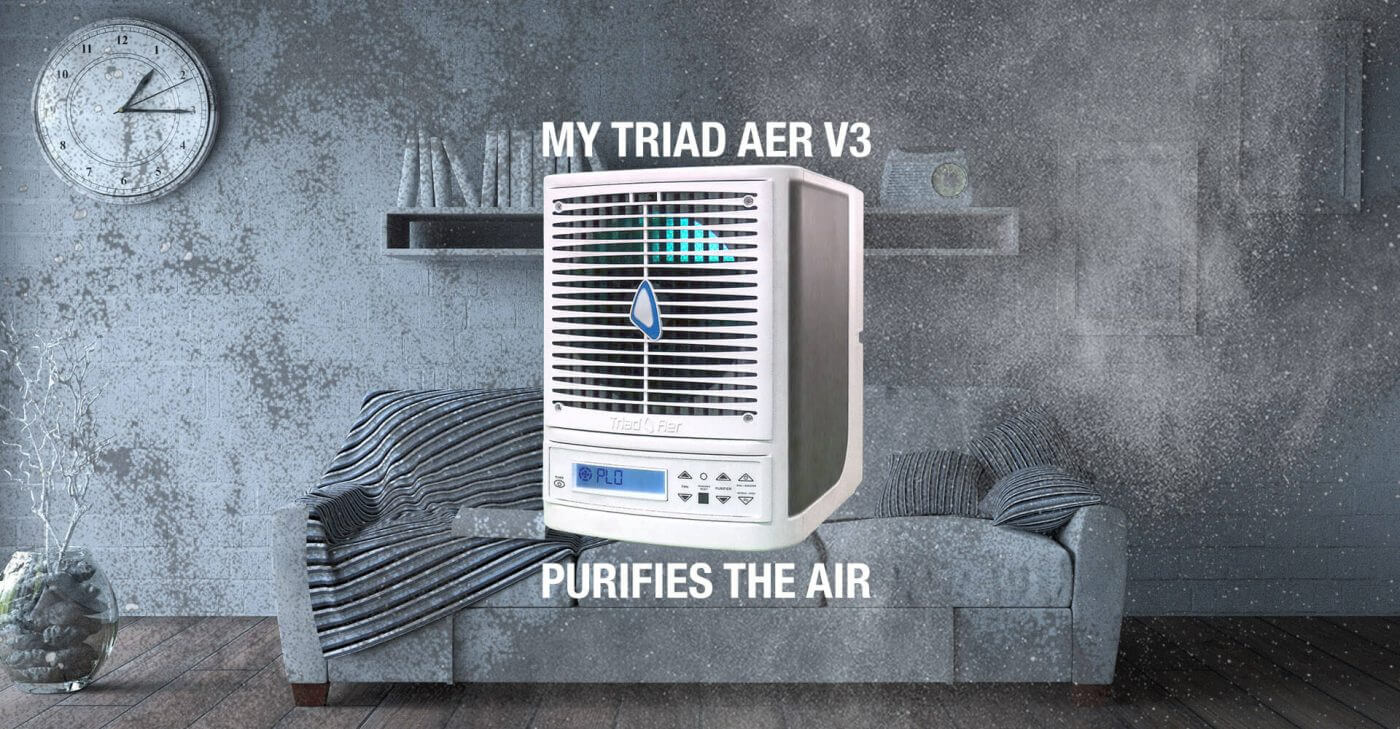 Exposure to Smoke from Fires

The smoke released by any type of fire (forest, brush, crop, structure, tires, waste or wood burning) is a mixture of particles and chemicals produced by incomplete burning of carbon-containing materials. All smoke contains carbon monoxide, carbon dioxide and particulate matter (PM or soot). Smoke can contain many different chemicals, including aldehydes, acid gases, sulfur dioxide, nitrogen oxides, polycyclic aromatic hydrocarbons (PAHs), benzene, toluene, styrene, metals and dioxins. The type and amount of particles and chemicals in smoke varies depending on what is burning, how much oxygen is available, and the burn temperature.

Inhaling smoke for a short time can cause immediate (acute) effects. Smoke is irritating to the eyes, nose, and throat, and its odor may be nauseating. Studies have shown that some people exposed to heavy smoke have temporary changes in lung function, which makes breathing more difficult. Two of the major agents in smoke that can cause health effects are carbon monoxide gas and very small particles (fine particles, or PM2.5 ). These particles are two and one half (2.5) microns or less in size (25,400 microns equal an inch) and individual particles are too small to be seen with the naked eye.

Inhaling carbon monoxide decreases the body’s oxygen supply. This can cause headaches, reduce alertness, and aggravate a heart condition known as angina. Fine particles are able to travel deeply into the respiratory tract, reaching the lungs. Inhaling fine particles can cause a variety of health effects, including respiratory irritation and shortness of breath, and can worsen medical conditions such as asthma and heart disease. During increased physical exertion, cardiovascular effects can be worsened by exposure to carbon monoxide and particulate matter. Once exposure stops, symptoms from inhaling carbon monoxide or fine particles generally diminish, but may last for a couple of days.

Avoiding smoky situations is the best way to avoid exposure. If your age or health status places you at greater risk from smoke exposure you should speak with your doctor about alternative steps you can take when encountering smoky situations. Anyone with persisting or frequent symptoms that they think are associated with smoke exposure should see their health care provider. Additional information on carbon monoxide and fine particles can be found at the web addresses listed at the end of this fact sheet.

There is also the potential for chronic health effects from exposure to the components of smoke. Long term exposure to ambient air containing fine particles has been associated with increases in cardiovascular disease and mortality in populations living in areas with higher fine particulate air pollution. Frequent exposure to smoke for brief periods may also cause long-term health effects. Firefighters, who are exposed frequently to smoke, have been examined for long-term health effects (for example, cancer, lung disease, and cardiovascular disease) of repeated smoke exposures. The findings from these studies are not consistent or conclusive. Some studies show an increased frequency of these diseases among firefighters compared to similar male reference populations (e.g., male policemen, white males in the general population), while others do not.

When it is necessary to work in heavy smoke, use appropriate respiratory protection to reduce exposure to the particles and gases in smoke. However, understand the limitations and cautions associated with respirator use before you use one. Important information on respirators is available at the web address listed at the end of this fact sheet.