What’s the difference between active and passive air purifiers.

Passive purifiers require that the air in the environment be brought to a machine.
Active purifiers, like Triad Aer, use cleaning and purifying technologies to actively impact and destroy contaminated air particles as small as .001 as well as sanitize surfaces, carpet, furniture etc.

One of the most important technologies is PCO.
What is PCO

This replicates nature’s purifying process of using ultraviolet energy to activate a multi-metal catalyst and convert water vapor into peroxide and hydroxyls.

These powerful oxidizers penetrate the cell wall and inactivate the microbe through the process of cell lysing, thus changing the molecular structure and rendering the contaminant harmless. The result is the destruction of odors, Volatile Organic Compounds (VOCs), mold, bacteria, and viruses.

The PhotoCatalytic plasma of positive and negative charges are also known as  Cluster Ions.  As these electrical charges come into contact with water vapor (H2O) the water disassociates and Hydroxyl Radicals are formed (HO-).

The Hydroxyl Radicals work to rupture the pollutants surface membrane leading to malfunction and eventual death of the pathogen.  A similar process occurs with the dissociation of VOC’s, with only Carbon Dioxide and Water Vapor remaining.

There are a number of PhotoCatalytic products on the market called Hydroxyl Generators, typically 385nm and TiO2 products.

HOW IS PCO DIFFERENT THAN UV Light?

Germicidal UV Lights requires the bacteria and viruses to be exposed to the UV light for a specific period of time. 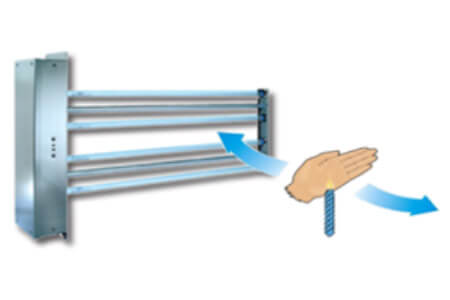 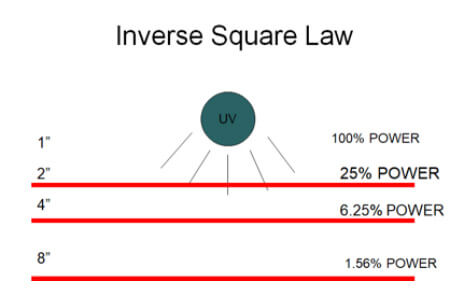 What makes this machine better than a HEPA filter?

Since Triad is not a filter how does it remove particles in the air?

Air quality easily ranks as among the most influential factors on our health, as evidenced in countries that suffer from high levels of air pollution, but the tricky thing about air pollution is that so much of what is harmful to us is undetectable with our noses. When you are cold, you know it keenly, but your body can’t always tell you when the air you breathe is contaminated.

Using a HEPA filter in your home can remove most airborne particles that might make allergies worse. But the particles suspended in air are not the only ones in your home. There are far more in your rugs, bedding, and drapes, and resting on countertops and tabletops.

Hepa filters are inefficient at dealing with microscopic bacteria, molds, and viruses and are incapable of preventing mold from growing on a surface!

Air pollution has become the world’s single biggest environmental health risk, linked to around 7 million deaths in 2012 according to a recent World Health Organisation (WHO) report. The new data further reveals a stronger link between, indoor and outdoor air pollution exposure and cardiovascular diseases, such as strokes and ischemic heart disease, as well as between air pollution and cancer.

The role of air pollution in the development of respiratory diseases, including acute respiratory infections and chronic obstructive pulmonary diseases, is well known. While both indoor and outdoor pollution affect health, recent statistics on the impact of household indoor pollutants (HAP) is alarming.

In order to extract 110 gals of oxygen that is crucial for human survival and function, a total of 2670 gals of air enters the lungs every day. The quality of air we breathe determines the health of the lungs as well as other organs. Indeed clean air is considered to be a basic requirement for human health and well-being.

However, air pollution continues to pose a significant threat to health worldwide. The World Health organization (WHO) reports that in 2012 around 7 million people died as a result of air pollution exposure confirming that air pollution is now the world’s largest single environmental health risk.

We spend 90% of our time indoors and indoor air can be 2 to 10 times more harmful than outside air!

Air pollution has become the world’s single biggest environmental health risk, linked to around 7 million deaths in 2012 according to a recent World Health Organisation (WHO) report.

Indoors, the air can be two to five times more polluted than the air outside according to the U.S. Environmental Protection Agency. And many of us spend up to 90% of our time indoors.

Triad Aer destroys airborne organic matter, instead of trapping them. Our active air purifier even eliminates the smallest of gases that not even the best HEPA filters can tackle

The premise is easy to understand:
My Triad Aer scrubs the air of allergens, mold spores, musty odors, and harmful VOCs out in your living space where they reside. My Triad Aer does NOT have to try and suck everything in through a static filter that needs cleaning and replacing.

Furthermore – Have you ever known a filter based air purification device to remove odors? Probably not. If you are affected by pet allergy triggers and odors you need something that is designed to destroy them.

We don’t believe that traditional filters are engineered to destroy the things that might be making you sick. They simply lack the physical design to sanitize and disinfect the furthest corners and surfaces of the rooms in your home. Even if you try schlepping or carrying the unit from room to room. Ugh! Too much work!

And what about elements like the tiniest organic gases emitted from common household chemicals? Or mycotoxins from the mold that keeps trying to grow in your home? Filters are simply too porous to capture these minute sized elements and bad guys. If a molecule is too small, a filter can’t stop it.

After all, the air is one of the most important factors affecting the comfort level inside your house or office. Without food, the human body can live for several weeks, without water – a few days, and without air just a couple of minutes! So why trust your health and safety to a machine that can only clean some of your air “IF” it can get it to, and through, the machine.

Unlike particles, the molecules that comprise gases, odors, and volatile organic compounds (VOCs) are not solid and will float through even the densest HyperHEPA filters.

Triad Aer picks up where HEPA filters and UV Germicidal lights leave off!

Disclaimer: These statements have not been evaluated by the Food and Drug Administration. Triad Aer products are not intended to diagnose, treat, cure or prevent any disease. Product results may vary from person to person. Information provided on this site is solely for informational purposes only. It is not a substitute for professional medical advice. Do not use this information for diagnosing or treating a health problem or disease, or prescribing of any medications or supplements. Only your healthcare provider should diagnose your healthcare problems and prescribe treatment. None of our statements or information, including health claims, articles, advertising or product information have been evaluated or approved by the United States Food and Drug Administration (FDA). The products or ingredients referred to on this site are not intended to diagnose, treat, cure or prevent any disease. Please consult your healthcare provider in regards to any statement you feel is unclear, particularly if you are currently under medical care. Make sure you carefully read all product labeling and packaging prior to use. If you have or suspect you may have a health problem that Triad Aer products may exacerbate, do not use our products without first consulting and obtaining the approval of your healthcare provider.